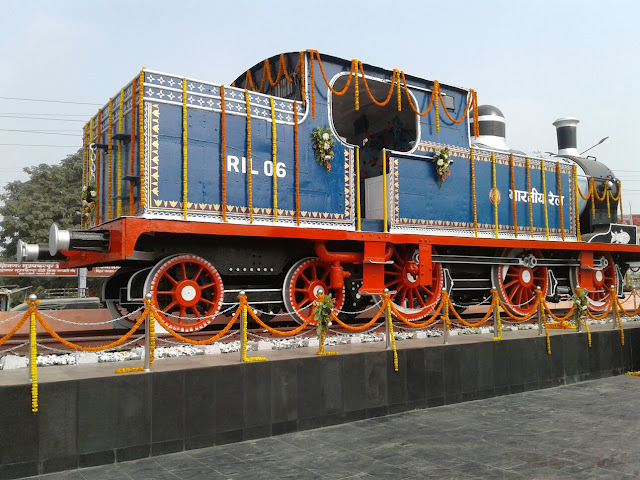 A man who born after 2000 in India has never seen a steam locomotive on railway tracks. Because all trains are now running with diesel or electric locomotive. But you can see some of old locomotives standing alone on some places revealing history of railway in India.

An old steam locomotive of Dehri Rohtas Light Railway (DRLR) now can be seen outside railway station of Muzaffarpur (Bihar).It is a good initiative of East Central Railway a zone of Indian Railway. 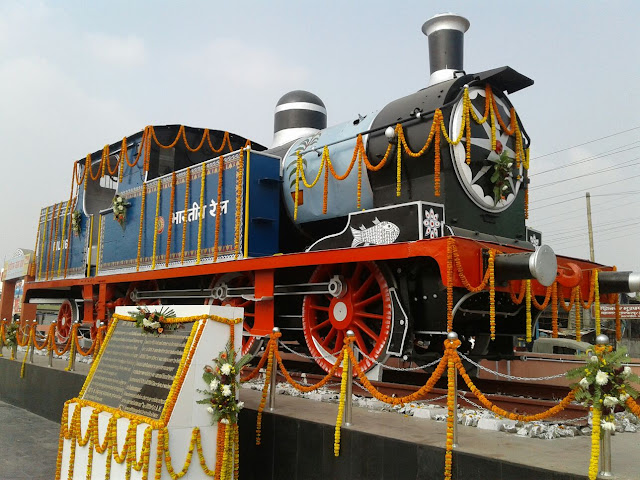 The loco RIL-06 is on display from 05 December 2015, as heritage property of East Central Railway of Indian Railways. General Manager Anant Kumar Mittal of ECR inaugurated this Loco for public display.  In its naming RIL stands for Rohtas Industries Limited. This loco was manufactured in 1908 by Vulcan Foundry Limited having 0-6-4 tank. It was originally purchased by East Indian Railway. EIR bought total 10 locomotives from Vulcan. 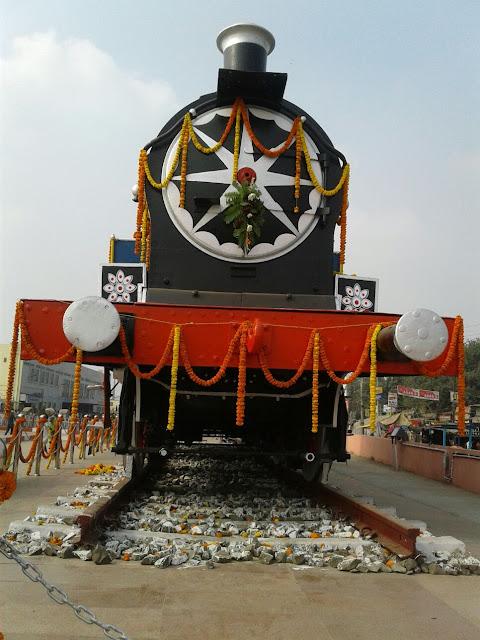 This loco served East Indian Railway for a long time. But in 1967 DRLR purchased this old loco from EIR it for its operational needs. Since 1984 after closer of DRLR network this loco was laying in BG shed at Dehri on Sone. But Indian Railway purchased all scrap of DRLR from Rohtas Industries, between the year2005 to 2009. Among these scraps loco RIL 06 become property of ECR.

Actually it was BG locomotive. It was in use till 1984 for transport fo goods wagons of Rohtas Industries. The Vulcan Foundry Limited was a British locomotive builder company at Newton-le-Willows, Lancashire. Now it is a part of Merseyside. Now this locomotive is showing heritage of Indian railway to the people of north Bihar. You can’t see a running steam loco but you can see here standing with pride.

Email ThisBlogThis!Share to TwitterShare to FacebookShare to Pinterest
Labels: ENGLISH